Connect with us
Advertisements
President Muhammadu Buhari on Wednesday
held talks with King Salman in Riyadh, during which both leaders committed to deeper partnership especially in the areas of oil and gas for the development of both countries. 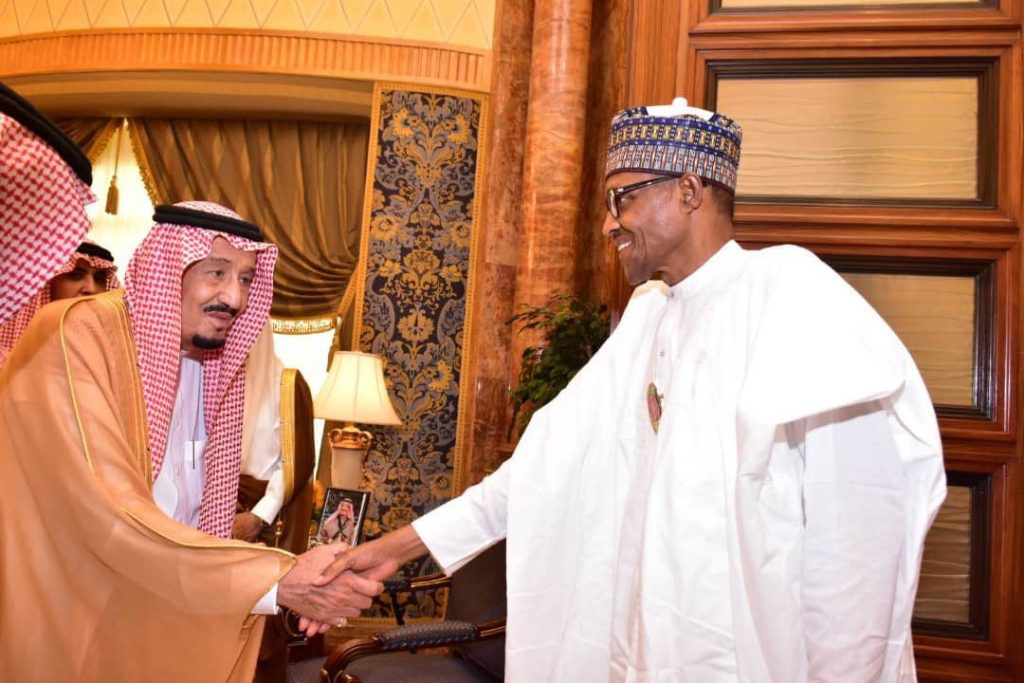 Malam Garba Shehu, the President’s spokesman in a statement , said that the two leaders met on the sidelines of the second day of the Future Investment Initiative Summit in Riyadh, Saudi Arabia.
He said that the Nigerian leader and the Saudi monarch reviewed aspects of cooperation between both countries and agreed to advance
cooperation in the areas of oil and gas, given the similarities of both countries as big producers of the commodity.
In this regard, King Salman assured President Buhari of the willingness of Saudi Arabia to invest in Nigeria’ s oil and gas sector, thereby strengthening the strategic partnership between the Saudi Energy company , Aramco, and the
NNPC.
The presidential aide disclosed that both leaders also discussed the current regional and global security situation , and President Buhari expressed his desire for a quick and peaceful resolution on contentious issues in the region.
While noting the cordial relations between Nigeria and Saudi Arabia , the two leaders committed to vigorously enhance and develop relations in several areas.
According to Shehu, these areas include trade, people-to-people partnership, technology, education, and agriculture for the mutual prosperity of citizens of both countries.