Connect with us
Special Adviser to the President on Social Investments, Mrs Maryam Uwais , has said that
the Federal Government has been channelling
the recovered Abacha loot and the International Development Association /World Bank credit towards programmes and policies designed to address the needs of the poor and vulnerable Nigerians. 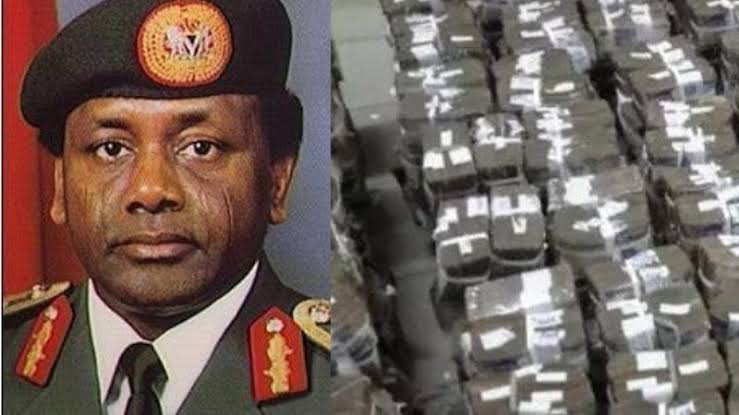 She said this while addressing the media on Monday at the training on illicit funds , the Presidential aide said from August 2018 to  October payment cycle , the total amount disbursed from the Abacha loot was $ 76,538,530 and $ 27,099,028 from the IDA credit.
Mrs Uwais , who said the funds , which were
specifically being disbursed to beneficiaries of
the National Cash Transfer Programme, a component of the National Social Investment
Programme , noted that the gesture was positively changing the fortune of many Nigerians.
She said the decision to distribute the Abacha
loot and the IDA funds to poor and vulnerable
Nigerians , who were mined from a National
Social Register , collated by the National Social
Safety Net Coordinating Office, was reached by
the Swiss government , the World Bank and the
Federal Government.
This , she said , would help to ensure that the
funds were well utilised and not diverted to private pockets , as was the case in the past .
“ In December 2014 , a Swiss judge gave a
forfeiture order to the effect that the money
( $322.5m ) recovered from the family of late
General Abacha would be returned to Nigeria ,
one of the conditions being that the World Bank
would be involved in monitoring disbursements
there from.

“ Presumably , this was as a consequence to the
opaqueness that surrounded the application of
recovered funds , ” Uwais said.
She also added that efforts to tackle poverty in Nigeria must also take into consideration the basic and peculiar needs of the people.
The Presidential aide expressed regret that
there were millions of Nigerian citizens who
had never felt the presence of government in
their lives , adding many of them had continued
to struggle to eat one meal a day.
Uwais listed key achievements of the Cash
Transfer Programme funded with the Abacha
loot and IDA loan facility to include enrolment
and payment of 620, 947 beneficiaries across 29
states.
0/5 (0 Reviews)

BREAKING: Nigerian Journalist Soyombo goes into hiding As Security Agents Hunt For Him